It’s funny to look at a “throwback photo” for someone who’s only 26-years-old – obviously, Garrett Clayton hasn’t changed that much since this photo was taken. And yet, he manages to look quite different in it. 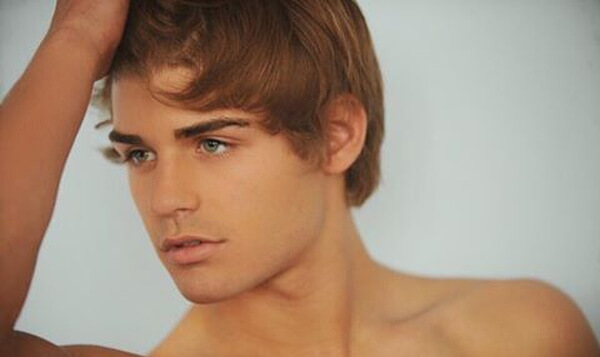 Clayton, who first earned his fame as a Disney Channel star (Teen Beach Movie for example), is also a model, which is not surprising given his looks.

Yesterday, Garrett shared an image from one of his first modelling shoots, mocking himself for being without a shirt (which should come natural for someone who ‘likes to be as naked as possible’, no?)

And in case you need a reminder, here’s what he looks like today (well, sort of) –