Finding gay guys to date can be difficult sometimes. Grindr gets crazy, blind dates are scary, so what’s left? Well, sometimes, you meet cute guys when you least expect it – even at a Chipotle branch.

You just have to be brave enough to act up on it – which is exactly what this guy on Reddit did. 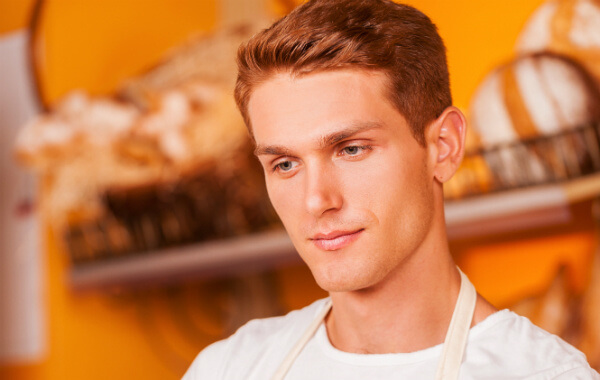 “I was eating at Chipotle with two of my friends”, he writes, “and the first employee on the line asked me what I wanted”.

And yes, you guessed it – that employee was super cute. Which happens sometimes when you’re outside – but how often do these cute employees wink at you?

“I ordered three tacos to go, and the really cute guy winked at me, telling me that I might regret it because people get bitchy when they see who took the last ones.

With my friends nudging me, I soon caught on and told the guy to inform angry customers that they could catch me outside. He burst into laughter and told me I gave him the laugh he needed to get through the rest of his shift.

With much encouragement from my friends, I wrote my number on a slip of paper along with the phrase “I ate the taco shells – cash me ousside” and waited in line for ten minutes to give it to him.

My heart was pounding so hard that I couldn’t even look at his reaction! I had to leave and go to the nearby Starbucks with my friends, but they said they could tell it impressed him.

He texted me and we’re supposed to go on a date this Friday night.

Keep an open mind – you never know where it may happen.”

Advice Needed: A Sugar Daddy Offered Me $300 A Week