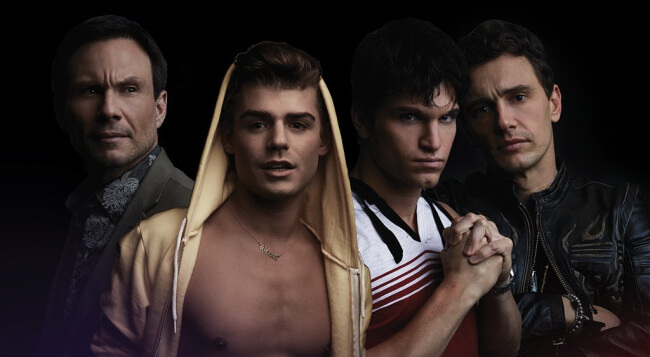 At the time, Corrigan was in a legal battle with Kocis, claiming that his first scenes were filmed while he was underage.

“We wanted to make it as unapologetic as possible,” “King Cobra”‘s director told TheWrap, “I didn’t have a desire to shock – it’s a part of the story. Myself and the actors discussed from day one that you can’t shy away.”

A few times, the actors took things further than the script. He referenced an early scene in which Slater’s middle-aged character wants to sample the goods of his barely legal young star, played by Clayton. “Please, make me feel wanted,” he says as he half begs and half forces himself on the young man.

In the script, the encounter “was far more mild, just kissing on the couch,” Kelly said. “But they decided it had to go further. Christian takes him up against the closet.”