So are we going to complain? Of course not! We’re going to watch it twice. Oh, and he’s also putting the double-sided-willy-clone-dildo up for sale on eBay. So go ahead – it’s for charity! 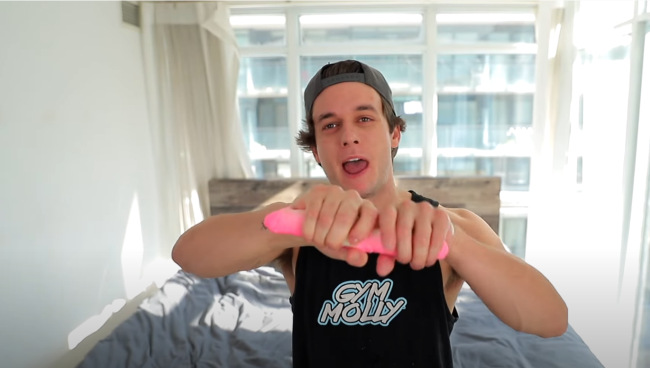 But let’s start at the beginning – AbsolutelyBlake, in case you’re not up to speed, is a popular YouTuber (186,000 followers and counting!) who keeps us entertained by doing things like getting naked in the snow, showing us his big wood in the forest, or playing Semi-Naked Paint Twister with his sexy buddy.

And yes, sometimes he clones his willy (but we can’t show you the original video from two years ago, because YouTube deleted it, because we can’t have nice things).

In the video, you’re going to learn and see the entire process, and while we’re not going to see the ACTUAL penis (YouTube, you know), we do get to see the results.

And the craziest part? The double-sided willy is up for sale on eBay, with the profits goings to charity. As of this writing, the highest bid is 920 Canadian dollars!

We’re still wondering what he did to keep himself hard during the cloning process. One can only imagine.