Ever wondered what Spider-Man wears under his suit? Tom Holland finally reveals the secret: A thong. Spidey is wearing a thong. 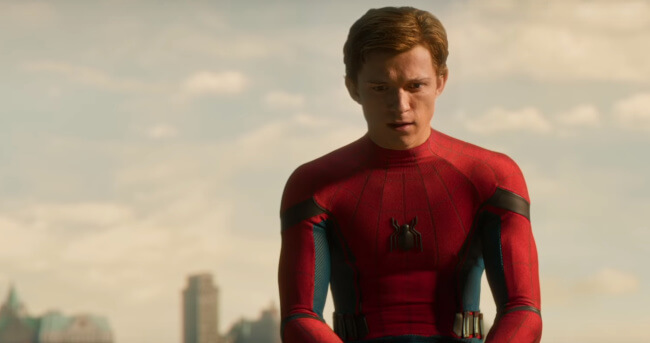 21-year-old Tom Holland stepped into Spider-Man’s shoes (and – thong) this year, and will appear in the upcoming Spider-Man: Homecoming which finally debuts next week.

“The first thing you need to know, all I have on under that costume is a thong. They brought them in on my first day, like, ‘Here are your thongs.’ I had serious misgivings – would my arsehole ever be the same again?

But I had to get used to it… You have to completely disrobe and then put a dressing gown on, but they’re very comfy ones, you can’t walk around in just a thong, can you imagine?

And then you race across the lot to the toilet, then come back, get back into it – it’s such a mission.”