Here’s a discussion you probably didn’t think you would get to see: Tom Holland, AKA the new Spider-Man, talking with Ryan Reynolds, AKA Deadpool, about… Brazilian waxing. 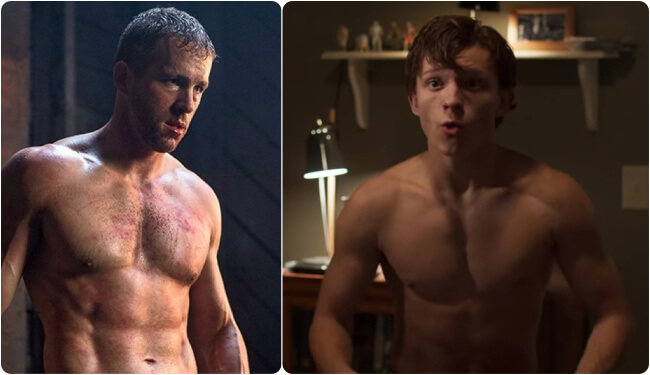 This strange back and forth happened on Twitter this weekend. It’s only fitting for Spider-Man and Deadpool to be chums on Twitter, as the two are also pals in the Marvel Comics universe.

It all started when the 21-year-old Tom Holland, who’s getting ready for the release of Spider-Man: Homecoming in July, tweeted that he’s thinking about “buzz cutting his hair”.

Thinking about buz cutting my hair for the next one. Thoughts?

Among the many responses (most of them against the idea), Ryan Reynolds pitched in with his response, admitting that he’s going with the “full Brazilian wax”.

(Brazilian wax, in case you were wondering, is when you wax most of your pubic hair, all the way down to your anus, and leave only a shaped patch…)

Not one to shy away from challenge, Tom then “revealed” that he… already had that done.

I had that done yesterday. So smooth… https://t.co/1K8bd6pphK

It’s all in good fun, but of course, you know what they say – pics or it didn’t happen.