Gay bars and clubs should be an inclusive place. However… they’re first and foremost for us, gay men, aren’t they? So is there room in there for all those girl-friends, and – even “worse” – their straight buddies? 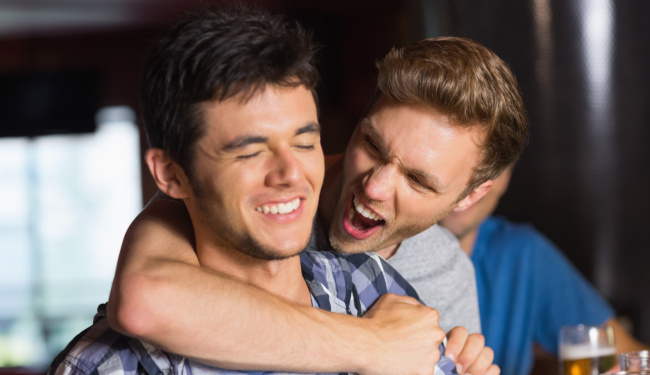 This guy on Reddit has had enough – he’s tired of the endless parade of straight women that populate gay bars, and their straight male friends – or straight men that come solely for trying to hookup with all those STRAIGHT women – and all in a gay bar…

“It’s one thing for you to bring a curious co-worker or two with you when you go out”, he writes. “It’s another when you bring a fucking gaggle of straight girls at a 5:1 ratio.”

And he gives multiples reasons:

“First and foremost is space, physical and perceived. I know everybody hates the term, but I think it is fair to say that a gay bar is a “safe space” for the gay population.

We are not a spectacle for your friends. I completely believe that 95% of the time it is not coming from a place of negativity or maliciousness, but we see when your girlfriends are there for the show…

On the other hand is physical space. Your girlfriends are guests to our space. I am a pretty tall dude with some gangly-ass limbs, and I don’t carelessly knock into others at near the rate that these party girls do.

Whenever I get bumped hard or pushed or elbowed, it is ALWAYS women. Except for the very few times when it’s men (hows that for a stat lol?).

And back to that occupancy thing for a second. Guess who all those straight women attract.

And trust me, I’m that gay guy that you all love to talk shit about because I ogle all the hot straight guys that come to our clubs searching for women (or they were dragged along with one of the girls you invited), but it is too much.

I’m there to dance with friends and not necessarily to hook up, but this was the first time at the gay clubs (I haven’t been to one in about a year before two weeks ago) where I did not feel that carefree, “go hit on a dude” atmosphere.

It’s one thing if your straight friends are actual allies and them scoring at the club is just a nice bonus. But lately there seems to be a lot more “predator” type guys there that show visible disgust and disdain for the gay activities happening and are just there to hunt for easy chicks.

A very informal survey, but I took tonight to keep track of the couples that I saw: There were a total of three gay or lesbian “couples” on the floor (as in they were paired off to the point of making out). There were 11 straight couples doing the same. That is bonkers to me.

I feel bad because this post kind of sounds like I hate women or like I feel that there should be no straight people allowed at the clubs. That isn’t the case.

There is just a very tangible shift in culture from being away from the bars for so long to coming back. Maybe it’s indicative of a positive change of acceptance in society and I’m just a grumpy bitch who didn’t get any dick. Who knows.