We often hear stories about “straight” men who were curious enough to try something new. But were they even straight to begin with?

A sick-and-tired gay man on Reddit went on a rant this week, telling us all to stop with the straight-baiting. 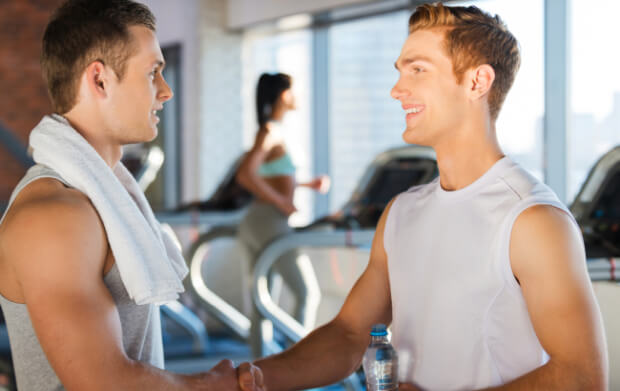 “Your straight friends are STRAIGHT. They do not like you”, he begins, and continues:

“That thing they do? Smile at you, give you a hug, even flirt with you a little bit, it does NOT MEAN THEY WANT TO BE WITH YOU.

Maybe they feel they can drop the masc bullshit around you because they accept your sexuality and realize they don’t have to put up a front with you.

Don’t blow it by drooling all over them. What if every single girl you were flirty and friendly with told you they love you? COME ON! Straight is straight.

Leave your straight friends alone! Your situation is not special. It is not that one in a million where he realizes he’s gay, he’s always been gay, and he’s in love with you, how could he not have known!? He’s just straight.

That one in a million? That’s when guys have been best friends forever and their friendship grows into something more, or some shit like that. It is not that random guy in your class who smiles back at you. It is not that friend who bitches to you about his girlfriend. It is NOT ANY OF THEM.

LEAVE THE STRAIGHT GUYS ALONE, THEY ARE NOT GOING TO BE WITH YOU, AND STOP ASKING US IF THEY SECRETLY LIKE YOU

Some of the commenters were amused:

Yea but it’s different this time! He readjusted his dick in front of me while we were talking in the locker room after gym. I mean come on that’s gotta be a sign that he wants me to suck him off! /s

While others wrote it’s sometimes wide to question the “straight” definition:

I agree wholeheartedly. However, as someone who is dealing with someone who appears to be realizing he is on the spectrum I would challenge the notion of what straight really means.

I mean obviously if a guy shows ZERO interest, simply smiles and is nice, and has a girlfriend or whatever, don’t even go there, its heartbreak hotel.

But sometimes so called “straight” boys, once they know you are gay/bi will subtly hint they want some side stuff, without explicitly saying so because they are afraid to say it out loud lest it confirm that their sexuality does not perfectly fit into a heteronormative society.

And some fun times can indeed commence, unlikely to turn into a romantic relationship, but still some good times can be had. DO NOT MAKE THIS YOUR MAIN DIET, however as you will be heartbroken.