Mind you, it’s on YouTube – but boundaries are definitely stretched there. 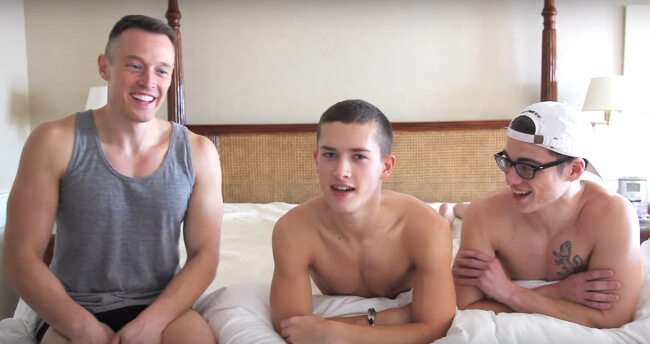 Anyway, we won’t keep you too long, as you’re here for the video, in which Davey, Blake and Sean are together on a bed, where things happen, Sean is touched in places you can see and places you can’t see, and eventually, well… we won’t spoil it.