Last summer, former Disney-channel star (and after that – King Cobra star) Garrett Clayton came out as gay in an Instagram post. Now, in a moving post, he reveals that he’s actually engaged to his boyfriend, Blake Knight – who proposed a year ago while on a trip to Iceland. 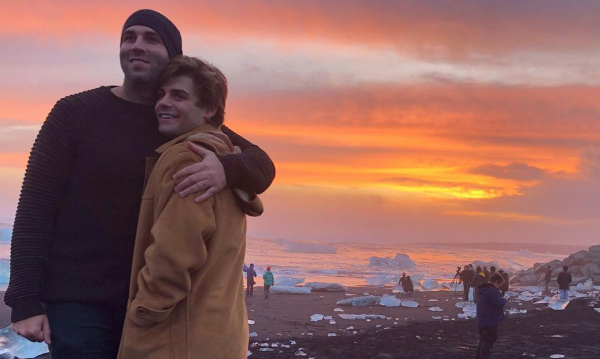 The caption is accompanied by a series of moving pictures that show Garrett and Blake’s romantic trip.

“I’ll never forget your face in that moment when you got down on one knee. Love, nervous, and excited (Obv, I was going to say yes) all rolled into the love of my life.”

You can read it all here:

We wish them both many more years of happiness.