We don’t often write about the lives of straight couples, but when something like THIS happens (and, let’s face it, when the boyfriend is kind of cute) – we can make an exception.

So yes, an 18-year-old girl from Florida decided to use her boyfriend’s… balls, as a beauty blender (that’s a type of makeup sponge). She filmed it, posted on Twitter – and the rest is viral video history. 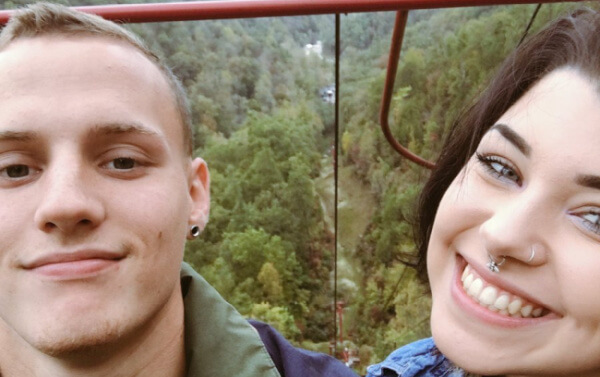 The girl, Johnna Hines, was doing her makeup when her boyfriend, 20-year-old Damon Richards, came into the room and decided it would be funny to put his balls on her head.

Speaking to BuzzFeed, Johnna explained that Damon always messes with her by putting his balls there.

“I made a joke about using them as a beauty blender and we literally just looked at each other and started laughing and made the video from there.”

glad i get to experience all of this with you 🌿 pic.twitter.com/vwYzPXeVt0

Johnna uploaded the video to Twitter, and as of this writing, it has more than 28,000 ReTweets – because that’s the internet for you.

Go ahead and watch, you know you want to. Be careful though – Very NSFW!

i think i started a new instagram makeup trend pic.twitter.com/Hbx4XMLbrD