Some tops have complicated relationships with men’s holes (as in, the one behind, as in, the anus) – they love it (and need it) on someone else, but they don’t want anything to come near their own.

So what happens when you take a bunch of tops, who’ve NEVER seen their own hole – and show it to them? You get men who finally get to know their own bodies. 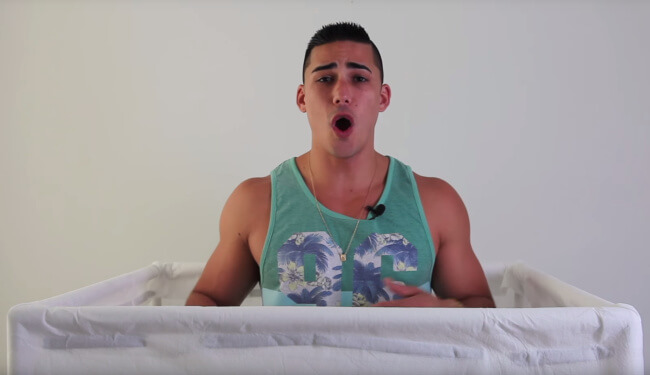 The reactions range from “I thought it would be more circle like… it’s more of a starfish…”, to “It’s very Molly Ringwald – Pretty in Pink”, “I didn’t know I was this hairy”, and – “WHAT IS THAT?!”

But will these tops finally dare to give their holes more attention, in the future, or even let someone ELSE do that for them?