Don’t we all get a bit sweaty when we’re thinking about Tom Holland? (Especially Tom in that thong he confessed to have worn…)

Well, it turns out the upcoming Spider-Man himself also equates sweat with sexiness – or, more accurately – the gym. 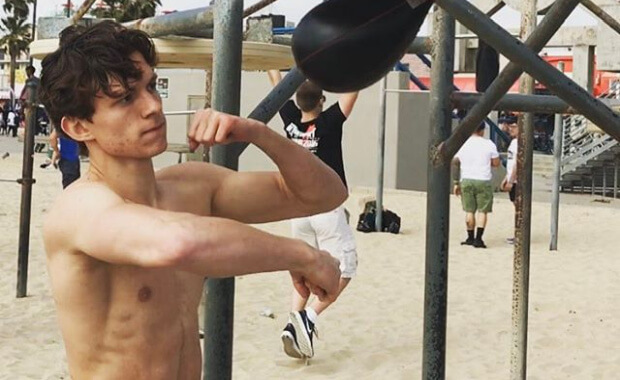 In a video interview with People Magazine’s Jess Cagle, Tom was given a series of quick questions, which he gave quick answers to.

It starts off with the song that makes him dance the most – that’s “Smooth Criminal” by Michael Jackson, (“If that song just came on now, you would see an amazing routine”), and it moves on to the sport Tom REALLY thinks he’s good at, but is actually not (Football… as in soccer for our American readers).

Then, when asked when does he feel he is sexiest, Tom gives the answer we were kind of expecting – “After the gym”. Yes, looking at those muscles, feeling sexy after the gym sounds about right.