Having a wisdom tooth removed is no fun at all – even when you’re Spider-Man. And as Tom Holland demonstrates in his latest Instagram video – even he can lose his powers after a dental surgery.

Luckily for us, though, his BFF Harrison Osterfield captured it all on video. 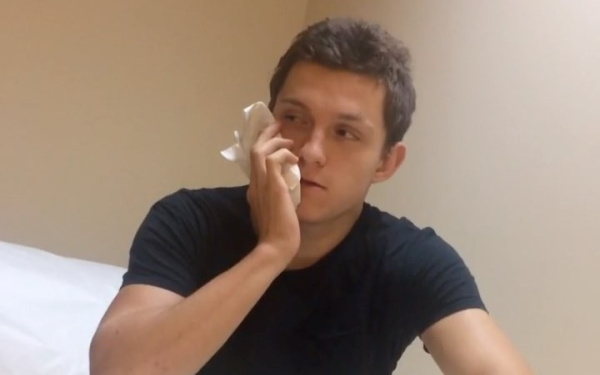 21-year-old Tom and 20-year-old Harrison have been best friends for a while now (hey, we had a full item about it), with Harrison also serving as a production assistant on Spider-Man: Homecoming.

As Tom was waking up after being drugged for the surgery, Harrison was busy filming him (“you bastard!”, Tom tells him), while Tom’s brother, Sam, tends to him.

And here are Tom and Harrison with another brother – Harry Holland: