Say what you will about sex workers, they’re (usually) not ashamed of what they do, and they do a job. But sometimes, the lines aren’t very clear – and when someone offers you $300 a week for… what, exactly… what does that make you?

That’s the problem this guy on Reddit was facing. Though his question was, surprisingly, not whether he should actually do it – but for how much.

He’s not overweight either and he doesn’t seem to be too pushy about sex, mostly starting with just conversation and making him happy. Sending nudes and such as well, and probably sex when we occasionally meet up.

The only thing is, when he asked me to pick my allowance I asked him what the standard prices are and he offered $300. So I’m not sure if I’m charging enough? I figured it was a good price though.”

Some commenters were surprised by the question, while others told him he wasn’t “charging” enough…  Eventually, the guy came back with an update – deciding to take things a step further:

“Most people said I was a low rent whore who might as well offer my hole to a local gang of homeless men for free for accepting that low of a price, so I wondered what my true worth could potentially be.

This is the day I discovered sugar daddy websites, there are so much more sugar daddies in my area than I would ever imagine and some have a very high net worth! I had no idea about this sub-culture in my community, there are so many Daddies!!

Now I’ve decided to do away with my self respect and find a good sugar daddy in one of these fine gentlemen. Well, at least enough self-respect to get paid more than $300/week like some scoundrel sucking Nosferatu balls in the sewers for a quick buck.

Thank you all for your advice, without you I’d be no better than peasant sex slave. Jokes aside, I’m dead serious, I have a lot of things I need to pay off & pay for.” 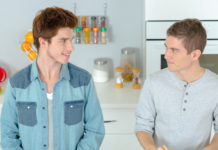