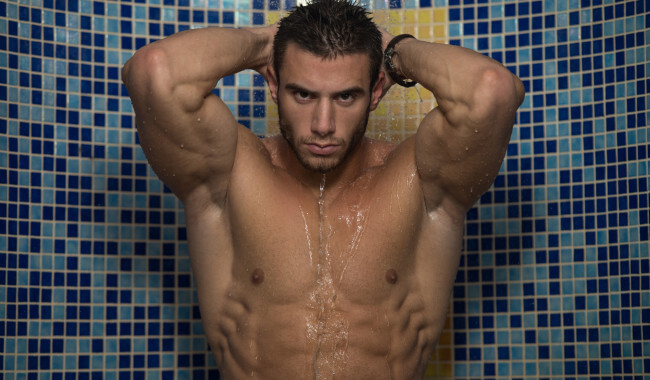 That’s what this guy on Reddit is wondering – his boyfriend, who spends a lot of his time at the gym, certainly has the body for it. But should he really show it around all the time?

But some of my friends think he’s a douche, he’s vain and an exhibitionist cause he doesn’t wear a shirt much. He says he’s more comfortable and always has been. He says that if they’re unhappy with their bodies, it’s their problem.

The commenters were divided. Some believed it’s his right to flaunt his muscular body around –

“Your boyfriend worked hard for his hot body and has earned the right to show it off. He doesn’t have to wear a shirt except to make himself look ‘decent’ for guests.”

“Your bf sounds like my ex. He pretty much went naked for Halloween twice. Yeah, it is kinda douchey to have seen him do it. I don’t get it either. Maybe your bf isn’t like my bf, but what I ended up finding out was how hollow he was on the inside.

He was very insecure about what others thought about him, and his body was his only trait that he knew would get people’s attention. A lot of people used to tell me how “hot” or “sexy” my ex was, but they really didn’t know the truth underneath it all.”