What do you get when you put young, good looking students in an a cappella group, and let them sing and dance?

No, it’s not a new episode of Glee – these are “Out of the Blue”, Oxford University’s premier all-male a cappella group. And they’re having loads of fun for Christmas – and it’s all for charity. 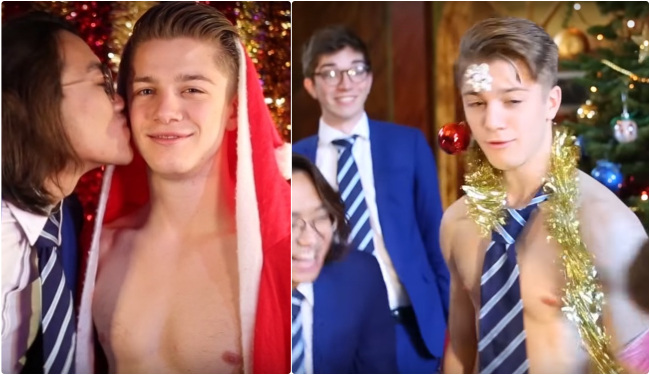 “Out of the Blue” is “Oxford’s premier all-male a cappella group”, consisting of students from Oxford University and Oxford Brookes University in the United Kingdom.

Several times a year, they release a music video (and there’s a new album as well), with the profits going to charity. The group has toured the world, and appeared on TV shows such as Britain’s Got Talent.

A post shared by Out of the Blue (@ootboxford)

This year, they’re singing their own version of “Merry Xmas Everybody”, and their as perky, adorable – and handsome as always. Especially when they take their shirts off.

That charity they’re supporting is the “Helen & Douglas House Hospice for Children and Young Adults”, and you can donate via this link.