There’s often much debate on our Facebook page, whether “straight” guys are still straight when they look for gay sex. But what do you when your self-proclaimed straight roommate, who even has a girlfriend, unknowingly answers your Criagslist sex ad? That’s exactly what happened to this guy on Reddit. 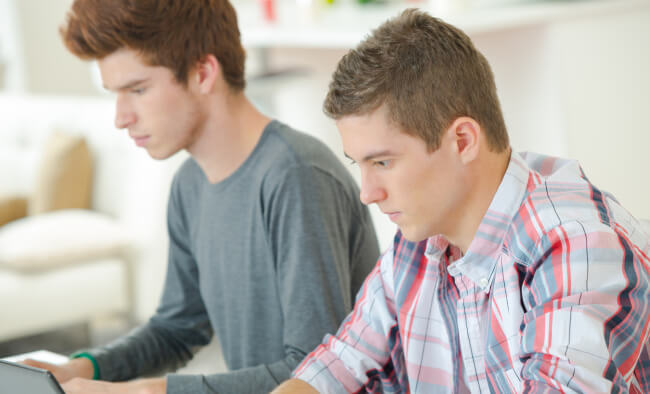 “I am bi and have messed around with guys a few times in between girlfriends”, he writes. “I have never told anyone about those experiences.”

And there comes the complication:

Lately I wanted to try bottoming and so I posted an ad on Craigslist to see if an experienced clean top could break me in.

No good replies but then the other day I get a reply from my longtime friend and roommate (who has a girlfriend that lives with us).

He has no idea it’s me and I don’t know what to do. He sent an x rated pic and I liked it. Any advice?

The Redditors have tried to offer some advice: