Nick Jonas has flirted with his gay fans a lot this past year. With two gay roles on TV, some have gone as far as to call him a “gay baiter“. Hey, even his brother Joe recently jumped on the gay-fans bandwagon. Now, Nick is addressing his status as a gay icon.

In an interview with “L’Uomo Vogue” (where he’s also featured on the cover with lovely winter clothes), he’s asked about his new-found status with the gay community.

“It’s an honor, but I don’t think of myself as an icon. There should be a lot more straight artists who don’t have a problem with having gay fans.

“I’m really proud to play gay characters and I’ll continue to do so.” 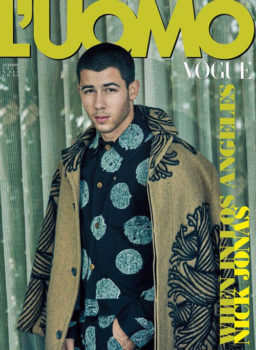 And all this, let’s not forget, is coming from someone whose father is an evangelical pastor. “I sang in church when I was little”, he says in the interview.

“My faith is still important to me, but I followed my own path. My parents are fantastic, they’re both very open-minded and they’ve always encouraged me.”