When you’re a young gay man who is close to his parents, and they turn out to be homophobic, it’s difficult. You’re used to sharing things with them, but they can’t cope with who you are. But what do you when your homophobic father is making a true effort – but you’re scared he won’t be able to take it? 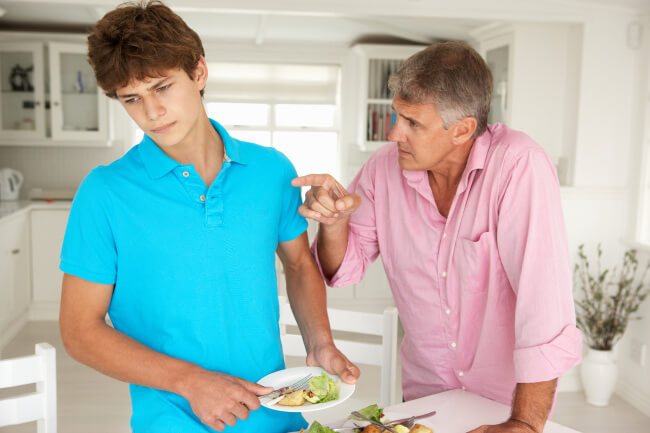 That’s what happened to this guy on Reddit, whose father was always disgusted by gay people – but is now trying to get closer to his son… and his boyfriend.

“My dad and I have always been very close. I have two other brothers, but he seems to favor me the most.

The sad thing about my dad is, he’s extremely homophobic. Growing up, I got to watch him act disgusted by gay people. I remember when I was 12 we went grocery shopping, and after we left the store, he started mocking the cashier for being effeminate. There’s been many other instances, and that’s why I didn’t come out to him until college.

He took it hard, but shockingly I only got ignored for three weeks. When he started talking to me, he wanted to know everything. How long I’ve known, if I hated him, if I was seeing anyone, etc. I told him I had a boyfriend, but what I didn’t expect was for him to ask to meet the guy.

My boyfriend is slightly effeminate, and I don’t think my dad will be able to handle it. Even while he was trying to act accepting, I could tell from his demeanor that he was still struggling with it.

Should I wait until he gets used to me before introducing my boyfriend?”

The commenters came up with some good advice, with many stating they have faced similar situations in their own lives.

“Despite your dad’s homophobia in the past and the difficulty he’s had accepting you, I think the fact that he wants to meet your boyfriend shows that he’s genuinely trying. Give him a lot of credit for that. It won’t be perfect for sure. There will be bumps.

You need to set clear expectations of his behavior before the meeting, and be clear about what sorts of things will be grounds for you and your boyfriend to leave. Make sure you have a way to do so if the meeting gets ugly.

If the meeting goes badly, don’t give up on your dad. A lot of people are afraid of what they don’t know or understand, and it’s only by exposure that they gradually come to learn that we’re all the same. It sounds to me like there is some real hope that, in time, your dad will come to accept you.”