Justin Bieber’s fans were quite shocked this weekend, when the popular singer went public with his new tattoo – one that covers his entire torso.

Famous tattoo artist Bang Bang, who worked on Bieber’s body for 26 (!) hours, now explains what the angels and demons on the singer’s body mean. 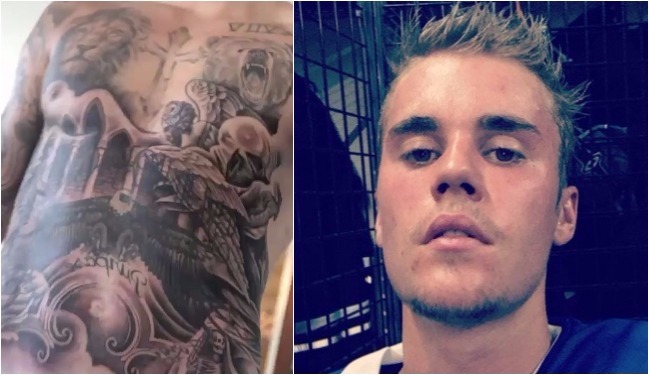 In case you were sleeping this weekend, the 23-year-old singer posted a video on Instagram, showing that his abdomen is now completely covered with tattoos.

While Bieber’s fans are busy mourning those beautiful abs, the artist who worked on Bieber spoke with E! News and explained what it all means.

Below each of the angels, there is a demon that needs to be defeated. The skeleton on one side and the serpent on the other.

The thing that made the most sense to me was a tattoo describing his spirituality. The animals he has, his spirit animals as well as the angels, his guardians. I was trying to make it super meaningful and not scattered.”

According to Bang Bang, the piece was inspired by Gothic art, and took 26 hours to complete, over three consecutive days – the most he’s ever tattooed anyone in his career.

And in case you’re wondering whether Bieber is finally done with the ink – well, no. “I did the bottom half of his front but still need to do the top.”