Boyband members in the western world are usually very careful with rumours about their sexual orientations. Not so much in Japan, it seems, at least if Japanese boyband MeseMoa is any indication.

The band released a new music video last week, in which, for 3.58 minutes, all nine male members of the band kiss each other… and not only on the mouth. 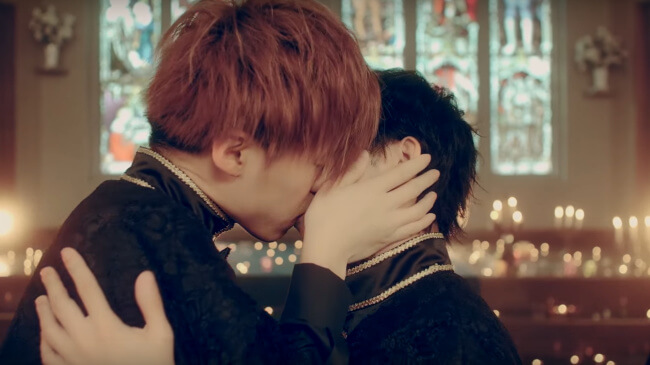 The song, called “Shadow Kiss” is part of the band’s new album, “Secret.”

Set in what appears to be a church, the boys sing and dance with all the right boyband moves – but then the kissing starts. According to Gay Times, the band members have been questioned about their sexuality in the past, but have refused to disclose their sexual preferences.

Kissing each other’s mouths, chests, and even one crotch, might help them figure it out…