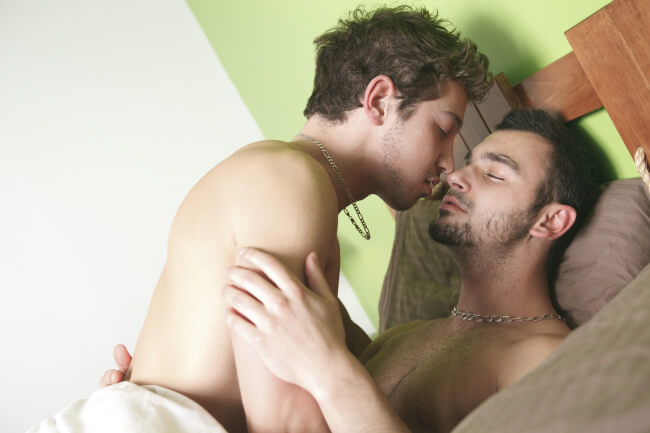 “I’m one of those people who feels like in order to know how to give, you must take”, he writes. And so he decided to act on it:

To that end (pun intended) I’ve been a little more versatile than usual and have been kinda surprised by how many guys want to really slam that thing in there.

Now, in my own experience when topping I’ve actually been complimented on my technique, and have had feedback along the lines of: “you really responded well to the way I wanted you to do it”…

Fast, hard, slamming may look like fun in film but it doesn’t feel all that great.

I seriously felt like I was getting punched on the inside. I took it like a man, but, geez – Is “the harder the better” an acquired taste? Or are there folks out there for whom a slower thrust with a little more hip action is a better time?

The commenters were quick to identify with him:

Most of the bottoms I had sex with were the “slower thrust, careful and with hip action” type. That’s the kind of guy I prefer, because if I’m taking my time I can take care of so many details that improve the bottom’s experience.

But, by talking with guys I went out with, it seems that most tops really don’t take care and think that topping is just putting a dick in the ass and that’s it.

I’ve even met tops who, proudly, announced that they always pounded their bottoms no matter what they wanted because that’s the only way they found enjoyable. I even tried bottoming to a guy like that but quickly gave up because of how unskilled he was.

On the other hand:

A lot of bottoms will tell you they want a pounding. Now, I haven’t fucked every single bottom, but let’s say a bunch. They’re usually saying that because it’s been the only way to get enough action going to that the prostate and other sensitive places get some signal.

So in some cases, yeah, the guy literally does want pounding and that’s that. Not nearly always. One guy will be different in some ways from other guys. Great fucking requires a decent dick and a working brain, with some practice figuring out quickly what small actions a guy makes are trying to tell you so you can do the best thing next.