When you’re a young gay man in high school, life can be good, or bad, or boring… and sometimes, life becomes a fairy tale.

It doesn’t happen often – but sometimes, the “straight” quarterback turns out to be… not so straight. And you find out he actually likes you back. 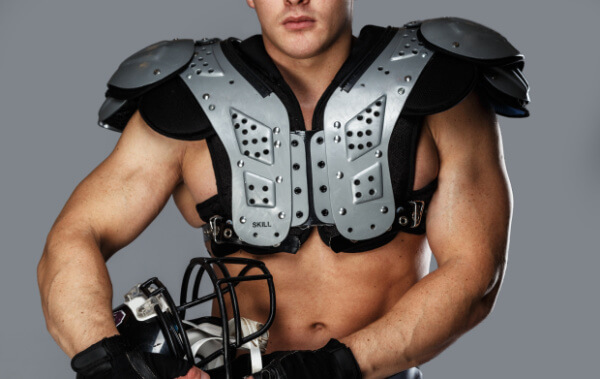 That’s what happened to this guy on Reddit, who, like so many of us, fell in love with the good looking school’s quarterback. Keep in mind, especially if you’re young, that in most cases these things don’t end up the way you want them to – so don’t jump into anything.

But in this case, they became friends, he assumed the guy was straight, but then…

Today was one of the best days of my life!

So there’s this guy I’ve liked for a while, but I assumed he was straight. He’s the quarterback of our school’s football team (cliché, I know) and he’s also very good looking and buff. Just like all the standard straight guy stereotypes.

But weirdly enough, we had become friends after we discovered we lived near each other and he would give me a ride home. And eventually we started hanging out a lot and going up to the city together and just horsing around like bros do.

But lo and behold, my feelings got the better of me and I felt myself falling for him.

Last night at a party we got pretty drunk and just sorta hung out on the couch, just talking and like leaning on each other. We just stayed there for a long while and everyone had mostly left.

THEN, all of a sudden, he looked over at me really earnestly. And in this weird tone of voice he hoarsely whispered: “How would you feel about being kissed right now?”

It was amazing and magical and everything I could’ve hoped for. Like electricity and ASMR and orgasm and a really nice high all at once. So good.

He was at practice all day today so we couldn’t hang out or talk, but he just texted me some hearts and kisses emojis, and I’m just glowing and flying!