Grindr hookups can be good, mindless fun, they can even lead to serious relationships, but sometimes – you get a really bad one. Which is what happened to Pano – when he found himself in bed with someone he REALLY didn’t want to be with. 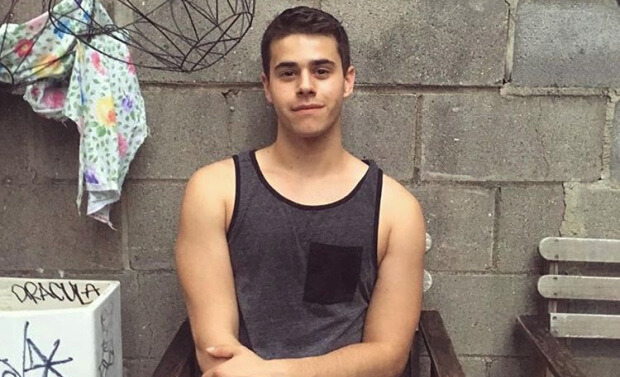 After a rather long hiatus, gay YouTuber Pano is back – and this time, with a story of how he threw up (well, almost) on his worst ever Grindr hookup, just because he was too scared to leave.

And so his story goes:

During my junior year, my friends went to a concert in Philadelphia. They made friends with a group of friends there, and it had become a tradition with my friends to go and visit them.

Everytime we went to visit, my twink ass was scrolling through Grindr. And on more than one occasion, I would slip out in the middle of the night to go play some adult body part Jenga.

So one time I was talking to a seemingly attractive guy, and we had a plan for me to go over to his place. 3am slipped on by, my friends were asleep, and I made my way over to this guy’s place.

I went up to his door, knocked, and he answered. On first impulse, he wasn’t somebody that I was attracted to. He really didn’t look like his pictures. But at the time I didn’t understand how to tell somebody ‘sorry, it’s not going to work’.

So I thought, maybe I would give it a go…

But I was really NOT into it at all. The entire time I was thinking, “I’m never going to reach completion, I just want to get out of here…”

In the middle, I pretended like I was getting sick. I stood up, ran into the bathroom, made it really dramatic, and pretended I was puking. He knocked on the door, I said I had food poisoning…

When I finally came out of the toilet, expecting to leave, he said – “Come here”… with the most unexpected declaration.