What do you get when you combine King Cobra actor Garrett Clayton, wearing only his [very tight] boxers, with… Shawn Mendes? You get a hot performance of Garrett and “The Skivvies” on stage. 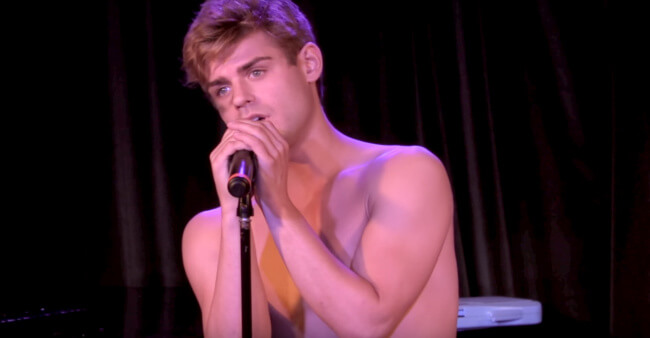 The 26-year-old Garrett Clayton went up on stage in his underwear a couple of weeks ago, as a guest performer with “The Skivvies” – Lauren Molina and Nick Cearley who perform songs on stage while in their underwear. (Sort of like The Shirtless Violinist, but wearing even less.)

Garrett chose to do a cover of Shawn Mendes’ “Stitches”, a hit song from Shawn’s previous album, “Handwritten.”

You can try to listen to the song, but we know you will probably be busy staring at something else…