Often in a relationship, people have different beliefs, and they make it work. But what do you do when your boyfriend is a Christian pastor, who truly believes that when you die, you will go to hell… for dating a man? 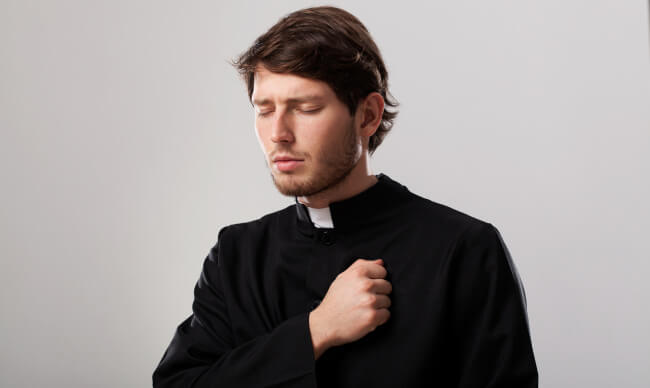 “I am an openly gay, atheist male”,  writes this guy on Reddit. “I am dating a pastor. Today he started crying because he believes I’m going to Hell when I die. I’m not sure if or how I should go about breaking things off with him.”

We have only been together for a few weeks, and met only a few months ago via Grindr. We knew about each other’s religious beliefs up-front, and were okay with them – or so I thought.

About two weeks ago, he asked me the following question: “Should we be together/get married/etc., would you be okay being with someone who believed you would go to Hell?”

I was kind of taken aback by his question. I grew up Baptist and left my faith in my late teens/early 20s. My boyfriend fought his sexuality for a long time, and even married a woman and had a child with her before he finally accepted he was gay, and has even hooked up with multiple men while he was still a closeted Baptist pastor.

I didn’t understand how he could reconcile being gay (not only with accepting his sexuality, but also thinking it’s okay to sleep around with different guys outside of marriage) with being a Christian – something the Bible speaks against.

So today we met for breakfast and I brought it back up, and asked him: Are you truly okay with dating a guy who you believe will burn in hell when he dies? Does it not bother you that I will suffer for eternity when I die because I have rejected God, and if I die before you, we will never see each other again?

He broke down and started crying, and said that he really likes me but it does bother him, and basically said he feels like he will never be able to find another gay guy who also shares his religious beliefs.

So my dilemma is that I’m trying to decide if I should break things off now or let them keep going until I inevitably move off to a big city and start my career. I really like him, and enjoy spending time with him. But I feel like waiting would only prolong the inevitable.

I think both of us are currently being selfish, honestly. I don’t want to be alone for the duration of my time left here where we currently live, and he has trouble finding guys he is attracted to who are willing to date a man who is a pastor and has a child.

Is it okay for us to continue dating in the short-term, or is it better to end things now before we get too emotionally involved with each other?