It’s sad to see that in this day and age, some people still struggle so much with their sexuality, be it gay, straight or something in between.

A Christian man on Reddit posted a lengthy confession, claiming that God and Jesus helped him become an “ex-gay”, and he now fully intends to date women and get married – even though he says there’s “no need” for him be attracted to them. 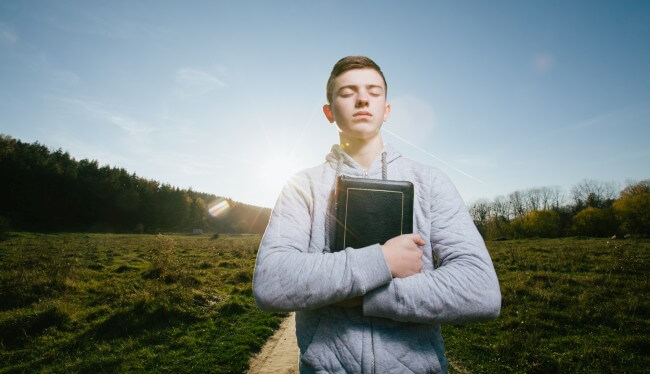 “I was raised in a Christian family”, he writes. “I was never abused or neglected and I had (and still have) an amazing family support system.”

His “issues” started in high school:

During high school, because I didn’t feel as ‘manly’ as other guys my age, after a long process of struggle and confusion, I thought that I was gay.

I was attracted to guys I wanted to look like. I never physically acted out on my attractions, but I indulged in many fantasies. I never told a soul about these feelings because I was afraid of their reaction. I seriously doubt my parents would have kicked me out or something, because they really care about me. But I was mainly afraid of my reputation at my local church, since I volunteered there a lot.

He showed me that it’s fine for me to be sensitive and to cry easier than other guys. He taught me to care about other people’s feelings.

I have some physical attraction to women, just not in the stereotypical sense. I think we need to stop believing the lie that we have to be totally turned on by someone’s physical appearance in order to fall in love with them

God has taken away my same-sex attractions, so I’m ‘not gay’ now. But I didn’t just ‘become straight’, I found my identity in Christ. I fully intend to date but only the woman I am going to marry. I know that God has a future wife for me in His timing.

I never went through conversion therapy; I think this is a very dangerous practice that needs to be stopped. My journey isn’t about going from ‘gay to straight’, it’s about becoming my full self, becoming who God intended me to be from the start.

Some of the commenters in Reddit, were quick to point out some of the problems with his new-found path: