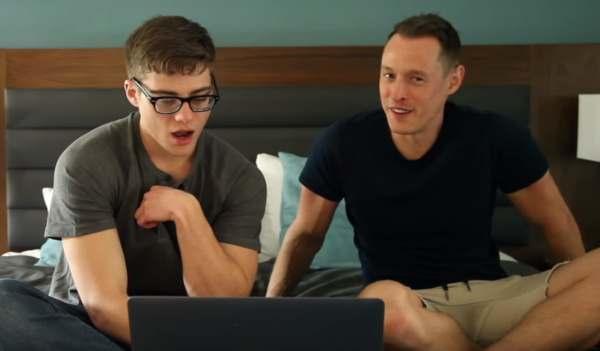 For a long time, Davey did not perform himself in the scenes – until that changed.

In a foot-fetish scene with Troy Accola, Davey doesn’t get totally naked – but his scene partner Troy certainly does, and the two have some very intimate contact.

Blake seems to be impressed – “The look in your eyes… it looks like you guys have really intense chemistry”, as Davey explains the things he had to do to his foot before the scene.

Check Out Davey And Troy’s Full Scene On Himeros.TV