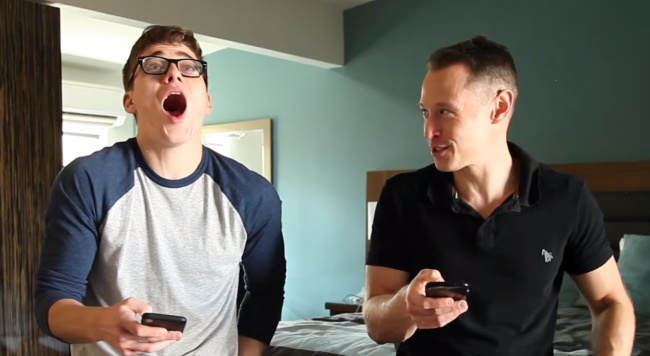 But we’re in SFW territory today (well, sort of), with Davey’s latest YouTube video. “You know what makes videos more interesting”, Davey says at the beginning – “When you put remote-controlled sex toys up our butt.”

It’s hilarious to see the guys’ reaction to all that vibration going on back there… while trying to answer serious questions.

Check Out Blake and Davey on Himeros.TV