There was a time when movies just had a trailer. Now, there’s a trailer for the trailer… which would have been ridiculous, if it weren’t for Zac Efron taking his shirt off and jumping into the sea. So… we’re not really complaining. 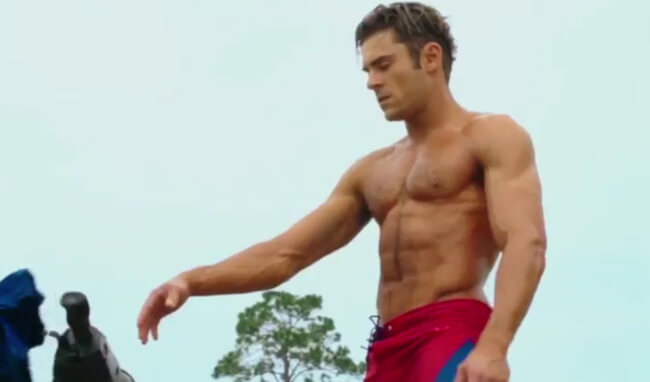 The trailer for the trailer is for the movie “Baywatch”, yep, the reboot of that famous 90’s TV show that “gave us” Pamela Anderson (who in turn gave the world her hot son).

The Baywatch movie is expected in 2017, and will star Efron, along with Dwayne Johnson (“The Rock”).

The full trailer will début tomorrow (Thursday), but Efron himself took to Twitter today, to share a 20-seconds teaser for the trailer which in itself teased the full movie.

Confused yet? Oh you will be, once you set your eyes on Efron’s abs.

Excited to unleash the BEACH. Here’s a sneak peek at what we’ve got in store for you. Teaser trailer tomorrow! #BeingBaywatch pic.twitter.com/ehoUa8V2Zp