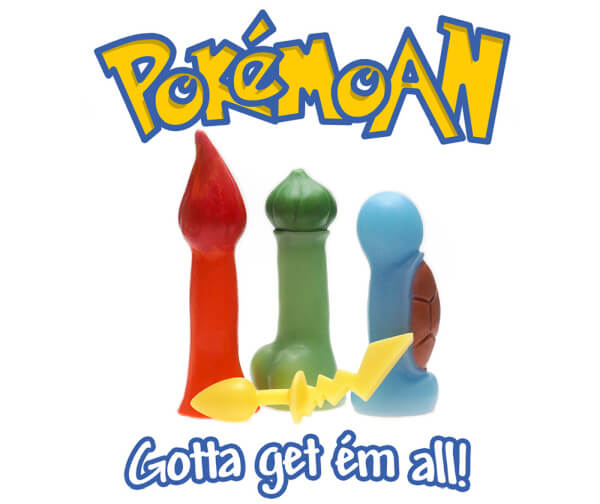 The sex toys were created by an Australian couple that runs the “Geeky Sex Toys” store. “We believe a sex toy shouldn’t just be a tool to get you off”, they told Mashable, “It should be fun, entertaining and visually pleasing (as well as physically pleasing.

“It wasn’t until we heard that Pokémon Go was being released that we decided to bump it up to the top of our priority list.”

The Pokémoan range includes several models (catch them all!), such as:

Are you going to order some?