The Harry Potter series always had some gay issues surrounding it – from Dumbledore being gay, to Harry’s sometimes homoerotic shenanigans, and up to Daniel Radcliffe getting naked on stage. 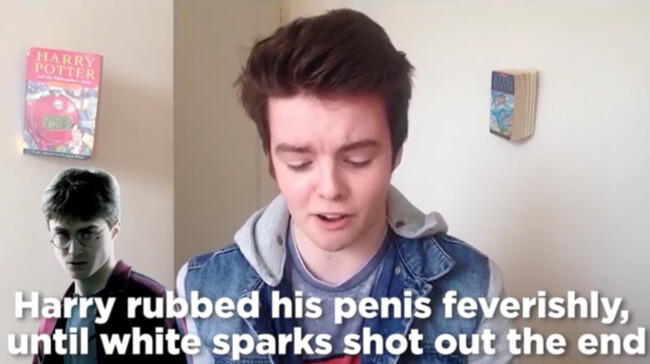 But what happens to the Harry Potter books, when you replace the word “wand” with the word… “penis”? It gets hilarious, that’s what happens. 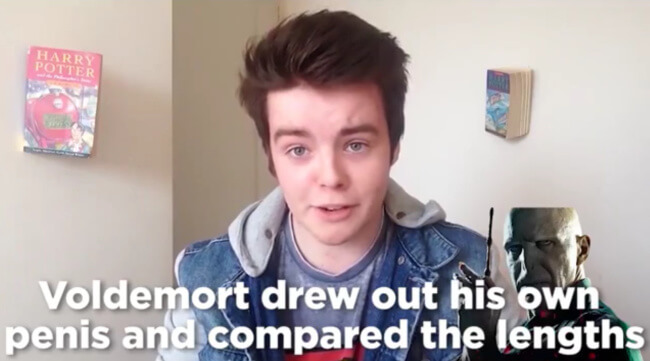 YouTuber Lazy Ciaran has a series called “Naughty Story Time”. In this video, he reads passages from Harry Potter – replacing “wand” for a “penis”. The original video was posted in May, but came into the spotlight with an edited version shared by The Lad Bible:

You can also watch the original, full version right here: