Coming out is a unique experience – for some, it’s easy. For some, it’s difficult – but it’s always an ongoing process.

In a new amusing short, “The G-Word”, Carl Loughlin shows us what can happen when a coming out moment takes a surprising twist. 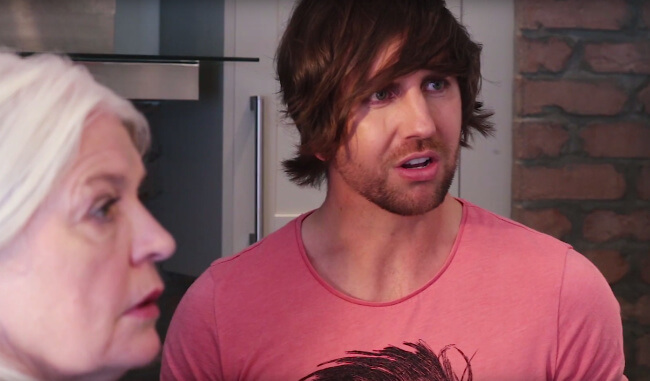 The short film, written (and acted) by Carl, was created ahead of National Coming Out Day. We’ve seen Carl’s work before, on the the hilarious “LoveSwiped” short, that followed a gay man through 10 wacky dates.

In “The G-Word” Carl plays Daniel, a young man who’s trying to come out as gay to his father and mother. But when his mother returns home – there’s a bit of a surprise…