Shortly after Tom Daley and Daniel Goodfellow won a Bronze Olympic medal in Rio earlier this week, the pool they were in turned mysteriously green. At first, the athletes were assured there was no risk – but this morning, the pool was closed completely – and Tom is worried. 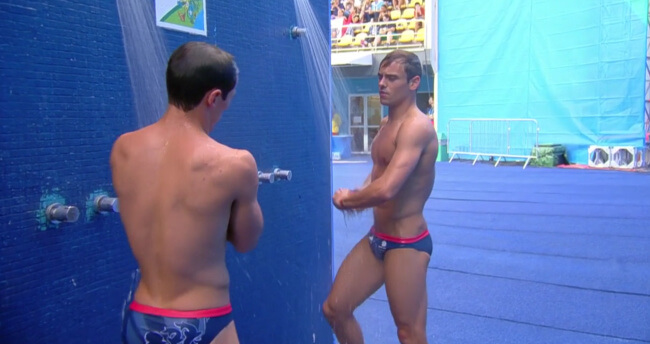 When openly gay diver Tom Daley dove down into the pool on Monday, it was as blue as the sky. Then, on Tuesday, the water started going green – and no one knew exactly why.

According to The Independent, “Officials assured athletes and worried viewers that there was nothing to worry about, since the green pool posed no health risk, and that the problem would be fixed”.

But the pool remained green – and this morning, it was shut down and diving training was cancelled.

A worried Tom Daley took to Twitter to raise his concerns:

Diving pool is closed this morning. Hopefully that means we haven't been diving in anything too bad the last couple of days! 😷😷😷

Hopefully, they’ll fix everything before Tom’s individual diving, and his second chance for a Rio medal, next Friday.