If you find out your best friend’s boyfriend is cheating on him – should you tell him? While it might be the right thing to do, some people don’t like the bearers of bad news… 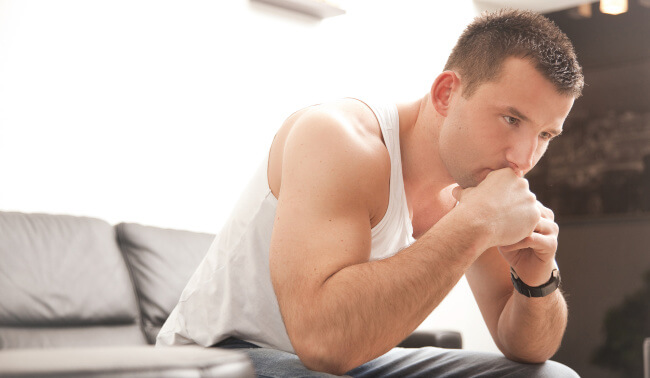 Which is exactly what happened to this guy on Reddit, who lost his best friend for doing the right thing.

“I’ve been best friends with this guy for probably 5 years now”, he writes. “When we first met, he dumped a girl he was dating because she cheated on him. He kicked that girl to the curb, and that is what makes this so amazing to me.”

And the story continues:

He met a guy, and they started off with a very sexualized relationship. He would tell me all the time about what a ‘perfect bottom’ he was. They were having sex all the time. I would text him and be like whats up and he would reply with “Fucking ______, hold on.” and then an hour later text me back saying “Done now, whats up?”

Over 4 years I’ve seen them hang out together and been able to watch their relationship kind of ‘flourish’ before my eyes. I’ve never seen someone love anyone the way he loves his boyfriend.

You can imagine how bad I felt when I saw his boyfriend and another acquaintance I had walking on the street together, while the acquaintance had his hand in the other guys back pocket…

A couple of days later I saw them at a restaurant, and the acquaintance leaned over the table to plant a kiss right on the other guys mouth before getting up and leaving.

He said he didn’t feel appreciated or loved and was depressed about it, thinking he was wasting all of his time with someone who didn’t want him emotionally and only wanted him for his looks, so he went out and found someone who wasn’t just about sex and was more about the person not the body. Then, he dumped my best friend. Like old trash, he threw him out.

My friend had to sleep on my couch for 3 days, every night he would cry and he looked a fucking mess. One day he left my apartment, and a couple of hours came back while I wasn’t there, got all of his stuff, and left.

He sent me a message saying he was sorry he had to do it this way, he appreciates everything I did for him, and says he thinks I’m a great friend, but that he really loves his boyfriend more than he’s ever loved anyone else and feels an urge and calling to be with him.

He said they’re going to go to counseling and work on their relationship and the boyfriend says he doesn’t want us to be around each other anymore. He says he’s going to block me and asks me not to text him back.

I’m thinking, holy fuck, I just lost my best friend to some whore. What the hell?

I literally don’t understand this. How can his boyfriend have such a strong pull on someone who despises cheaters. Not only that, he fucking dumped that guy after he cheated on him, threw him out of their apartment, and then he goes back and begs for them to get back together. How does this work? How can he do this when he himself has always been so prideful and some-what egotistical?