Love it or hate it, most people on Grindr are there for casual hookups. That doesn’t mean things can’t develop into more than that – sometimes they do, and in very unexpected ways… 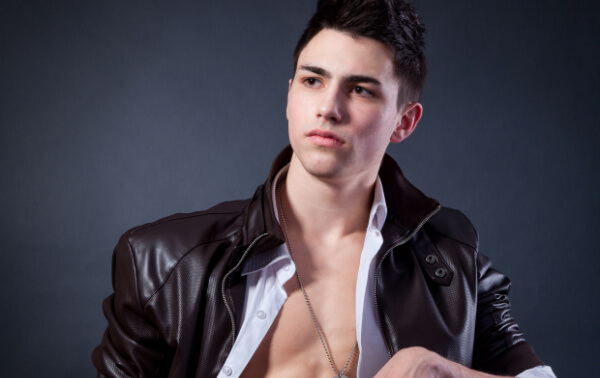 That’s what happened to this guy on Reddit, who went on Grindr for his first time, just for a hookup – and ended up with, potentially, a lot more than that.

“I met this guy on Grinder and before this I had never used the app before”, he writes. “The guy made it very clear though that he only wanted a hookup which was fine because I wasn’t really expecting to get more out of this app based on what I’ve heard from other people.”

That’s how it all started. But then things got more intense.

“He ended up coming over to my apartment and we were talking for a while and he ended up asking if I wanted to go out for drinks.

I really hadn’t planned on it based on how he acted when we talked online but I said sure and we ended up going to a bar.

We had a really good time and then ended up back at my house and long story short we had sex. That was Tuesday night.

Wednesday morning he just left and went to work. I noticed that night though that he’d left his watch at my house. So I texted him Wednesday night about the watch and he said he’d come and get it. He came over and we ended up having sex again and once again he stayed overnight.

Thursday morning he ended up making us both breakfast which I thought was really sweet. Then he left and went to work again.

I assumed that was the end of this but then he texted me asking if I wanted to watch this indie movie on Netflix. I said okay, and he came back over around 9:00.

This time though he actually brought a backpack with clothes and a toothbrush and stuff in it. And I’m thinking ‘umm that’s presumptuous’ but I just let it go because it was late I guess and we ended up hooking up after the movie. Once again, he stayed over.

So this morning I left for work before him while he was still sleeping and just left him a note saying to lock the door.

I came home an hour ago and saw the note’s gone, his bag’s gone, and so is he. But I also noticed that his toothbrush and the jeans he wore last night are still here! So I’m now pretty sure he’s leaving stuff intentionally.

Now the thing is I actually do like him and I don’t mind his presence at all. But I’m kind of new to the art of the hook-up so I’m just wondering if I should be concerned.

I mean, is this normal for someone who apparently was just interested in sex?”

At this point, the commenters on Reddit were offering many different suggestions and ideas – some said this might be love, some said the guy might be homeless…

The next day, the writer came back with an update.

Last night he texted me saying he was sorry but that he’d ‘accidentally’ left a few things at my place because he overslept and had to rush out to work.

I said it was fine and he asked if he could come get it in a couple hours. I said yeah and then he said he could bring food if I wanted it.

He ended up getting to my apartment a little before midnight and somehow managed to find both pizza and vodka, so I was fairly impressed.

Eventually I managed to gather my liquid courage to have a talk with him.

I basically just said that I’d never had a Grindr hookup that lasted this long. (In reality, I have 0 Grinder hookups to compare with this one but he doesn’t need to know that lol). He just laughed though and said he’s never had one last this long either.

So then I was like ‘yeah, I mean, I just realized you’ve come over every night since Tuesday, which is okay, but I was thinking this was gonna be a one and done situation based on what you said you wanted initially.’

Now I really tried to phrase that well so he didn’t get the wrong impression but after I said that he got super quiet.

So that made me think I probably just screwed up whatever it is we’ve been doing for the past week.

So when he didn’t respond I was just like ‘it’s alright though, I get it.’ (In reality, I didn’t get it at all and don’t even know what I meant by that. I just didn’t know what else to say honestly).

So then he asked if he could share something with me. I said okay, but at this point I’m panicking a bit because so many people commented under my last post saying he might be homeless

But he ended up telling me he just went through a bad breakup with a guy he was with for 4 years and he just ‘wasn’t looking to jump into anything new.’

He didn’t give much detail about what happened, but he said he’s ‘really used to being in a relationship’ and ‘it’s just hard to get used to sleeping alone.’ But then he was like ‘that’s not really your problem though, so I’m sorry if I’ve invaded your space.’

So at that point I felt so bad I almost cried. He sounded so sad and almost embarrassed which obviously wasn’t my intention at all in bringing this up.

So I just said ‘no it’s okay, I was just surprised by it, that’s all’ and then I told him I’d actually like to see where he lives and maybe get to know him better.

I guess that was the right thing to say because he kinda brightened up then and told me, if I wanted, I could come over his place and he’d try to cook something. I said that would be nice and tried not to show how relieved I was that he finally asked.

Anyway, he ended up saying I can come by tomorrow night because that’ll give him time to clean up and buy food or whatever he’s gonna do.

So that’s the plan for right now.

Honestly even though this is pretty much exactly what I wanted/asked for, for some reason I’m super nervous. I guess it’s kind of dumb to be scared because we’ve already been having sex but this just seems like a bigger step, maybe?

Then again he still hasn’t really said how he feels about me or anything like that, and he didn’t actually call this a date, so we’ll see.”