Some straight guys are open enough to “explore” their bodies just like gay guys do. But for one brave Reddit user, who decided to “experiment” along with his girlfriend – things quickly took a turn for the worse. 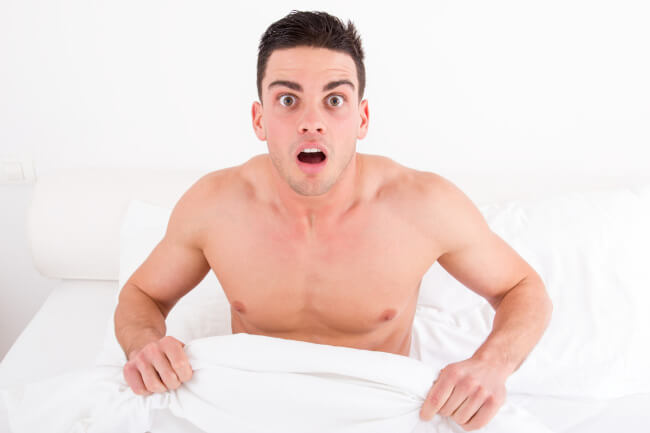 So far – so good, and kudos for the straight guy. But then… things went all wrong:

“I hear an “OH SHIT” behind me with what feels like frantic scrabbling in my ass, as I panic I tense up as you do. And it goes. It’s gone. There is naut but silence and a dull buzzing from my lower gut as the gravity of the situation set in.

I waddle to the toilet and try and keep calm, while all I can hear is a constant “bzzzzzzzzz” which I can feel moving around inside. at one point it must have pressed against my stomach in my hunched waddle state, because my Christ it buzzed.

Now bear in mind I’m trying to keep calm, focus my muscles, and she is FREAKING THE FUCK OUT. Didn’t help.

Thankfully within about 3-4 mins and some iron will from myself there’s an almighty crash in the bottom of the toilet and it flies out like a potato out of a potato cannon.”

And his conclusion, after this whole ordeal? An unfortunate one: “I’m still a little shaken. And now nothing is going near my butt again”