We write a lot about “straight” guys who display a very peculiar interest in gay men. Yet sometimes, could they be doing it just for their own personal ego boost? That’s what this Redditor thinks, after being constantly hit on by a straight buddy from his swim team. 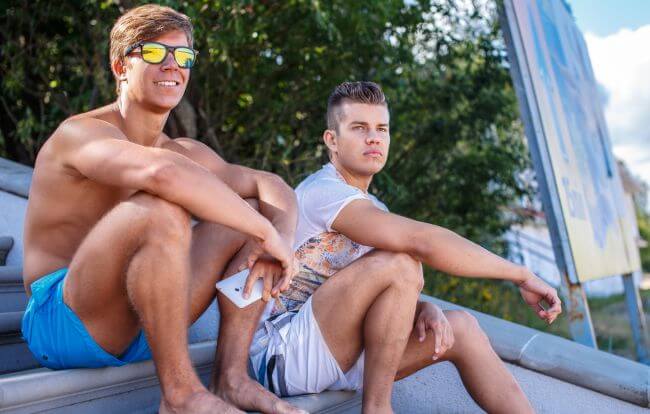 “Do any of you ever get hit on by straight guys?”, he asks. “This seems to happen to me quite a bit, in my experience. These dudes will be flirtatious way above any level they are with their other friends but seem to think that just because I’m gay it’s an easy way to boost their ego, thinking that I’ll easily reciprocate.”

And there comes the story about his swim team buddy:

In particular, there is this one kid on my uni swim team that greets me (and only me) with “Hey cutie ;)” whenever he sees me alone.

The day before last, when we said goodbye he said something along the lines of “stay cute.” Yesterday, we were alone in the showers when he came up to me and asked me if I had stayed cute. Playfully, I told him that was up for him to decide and he said that I had.

Then he came up to me and felt my arm, saying that he was noticing some more definition than usual, and said that I had upgraded from cute to sexy. He then made some banal joke about dropping the soap, pretending to come up behind me and grab my ass. That was about where I exited the shower and inwardly groaned. It doesn’t help that he’s exactly my type and he has a girlfriend.

And it’s not just this guy, either. It’s just frustrating for me to get flirted with by people that I’d otherwise be interested in if they actually liked guys – and this is exacerbated by the fact that I can’t get an actual gay man to date me in the first place.

Some of the commenters on Reddit already know this issue: