These days, it seems like so many “straight” men are curious. Sometimes curious enough to become bisexual, sometimes so curious they’re not really straight, and sometimes, well… sometimes they keep asking about your penis. Which is what happened to this guy on Reddit, who shared his story. 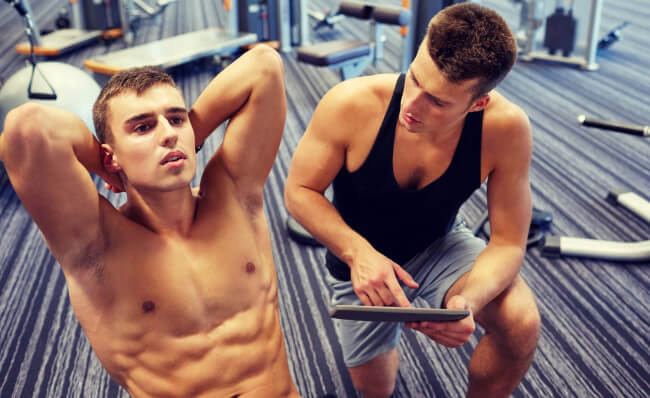 “There’s this guy I work with”, he writes, “And yeah he is a good looking guy, he’s the hot kinda polish. Him and his girlfriend are basically on and off 24/7, its kinda hard to keep up.”

Which is where things get complicated:

Whenever him and his girlfriend aren’t getting on because of some long weird argument they got going on, he comes up to me and says he wonders what it’s like to have a guy inside you.

The first time he said this I was shocked obviously, and I kinda just laughed it off and said, who knows.

But now whenever we just sit down he’ll always mention the same thing and I’m thinking, is this some kinda hint? (makes me secretly happy)

He always asks me about my dick, if it’s as big as I said it was, We talk about it randomly at times, but it appears he speaks about it more than I do now.

And the only other thing is that he showed me his dick pic, and I didn’t see it or recognize it at first because that’s the last thing I expected, but then when I  asked to see it again, unaware of it being a dick pic, that’s when he laughed, he definitely blushed and said , “I want you”.

He obviously said it in a joking way, but you know how people hide the truth behind lies. And to my surprise, him and his girlfriend have permanently separated and have moved out of their house together, so now I’m like… what now?