Sometimes it feels like “straight” men having gay experiences is all the rage these days – which is what happened to this guy on Reddit, who says he has “no interest in guys” – but is feeling confused after a sexual experience with his gay roommate. 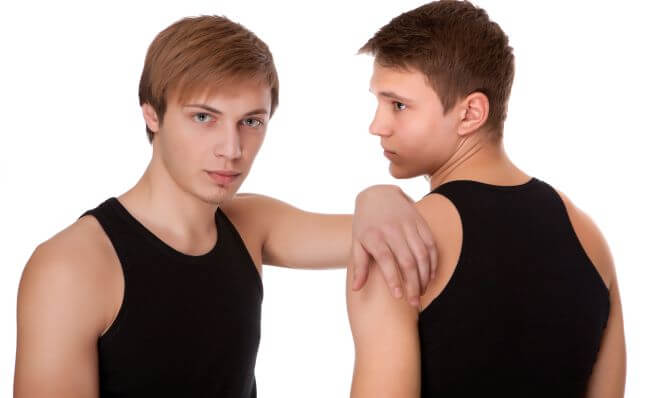 “I live with a friend and we have lived together for sometime”, he writes. “I know he is gay and it has never been an issue.”

Never been an issue – until…

He has never made a pass at me or flirted with me before now and that’s part of what has me confused.

I was lying on the couch watching TV a few nights ago when he arrives home and sits beside me, we chatted about random shit for an hour then he suddenly mentioned how good I was looking. I thanked him and before I could say more he kissed me.

I didn’t stop the kiss and openly encouraged it, I hadn’t felt like that before but I enjoyed it. He then started undressing me, I helped and before I could say anything to stop him he was sucking me, after that I couldn’t say much and he kept going until I came.

Then we curled up on the couch for the night and eventually he went up to bed. I enjoyed it and I don’t know why, I have no interest in guys, never have, but already I’m wondering whether it will happen again or if we will go further with it.

Some Redditors were quick to congratulate him:

Congratulations, you allowed yourself to have a genuinely intimate experience with someone you get along with well. You may have never experienced any same sex attraction in the past that you’re aware of, but perhaps there was always something there and it just took this as the little nudge you needed.

Sounds like you enjoyed it, and you’re possibly looking forward to experiencing it again. It’s cool, you don’t have to label it as anything right now, just go with the flow. Welcome to the wonderful world of dude bonding, it feels different than being with women, it’s almost like you don’t need to talk about it- you both understand, you can separate sex from romance, but you can also enjoy them both as well.

But others were wondering…

If I were living with a girl and she suddenly came on to me as a 24 year old gay man, then kissed me, I would stop her (before it went any further) and be like dafuq m8?

This would be the most natural response for me because I don’t want a girl touching my spaghetti limp dick. So I don’t really understand how you can reconcile this experience with the idea that you have never been into guys, not even slightly curious.