Bromance buddies are usually just that – two straight men (or at least one of them is straight) that hang out and “love” each other without, well, the sex. But what happens when the Bromance turns into… Romance? 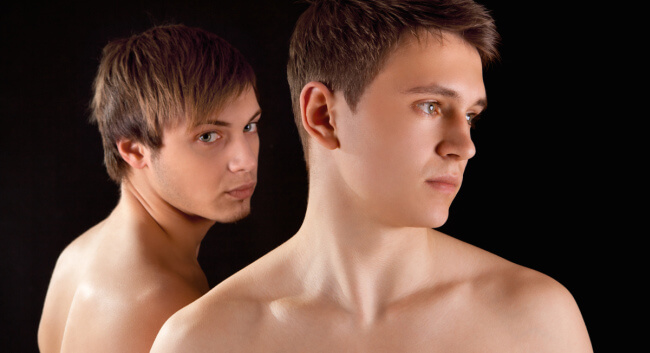 This happened to this guy on Reddit, who had a “straight” friend that kept acting as if they were a couple. They would cuddle, and hug, and kiss (on the cheek), and spend a lot of time together – basically everything except for having sex.

Eventually, the guy decided it was time to move on with his life and get a “real” boyfriend, not a pretend straight one. But that’s when things changed between the friends…

“I met a guy at work”, he writes. “We talked a lot and when it was time to say goodbye he asked me to go on a date with him on Sunday. I thought it was the right thing to do to live my life and said yes.”

And then things got complicated.

Meanwhile my friend was on a work trip and when he asked me how I was doing I texted him about the date.

Ha just asked me who was the guy and then changed subject like he didn’t care. I was fine that he didn’t and never talked about it anymore.

So Saturday comes and me and my friend are hanging out as always when he says he has to buy a gift and asks me if I could help him with it the next day.

I reply that this is not possible cause I have the date with that guy. He says “oh right, cool” and then talk about something else.

About 15 minutes later he says he is feeling sick and that he needs to sit. So we find a bench where he can rest a lil and I say that if he needs to go back home I’ll help him.

Things changed here. He told me that he was feeling sick cause he can’t accept that there is another man in my life. That he can’t deal with the idea of me spending all my free time with someone that isn’t him cause he loves me.

And than he cried.

We talked a lot. He said that he didn’t realize it until I said about the date, that the idea of losing me drove him insane.

He asked me to forgive him for rejecting me in the past cause he was blind and dumb. He kissed me and it felt right.

So I think we are a couple now, finally, lol. He is really scared about the fact that he is not “straight” anymore and that he needs time to deal with that.

We broke the friendzone!