Some people seem to think homophobia is a thing of the past these days – and while we’ve made a lot of progress, it’s still very much out there. And when we see it right in front of our eyes – with someone vandalizing our car – it can be hurt a lot.

That’s what happened to this guy on Reddit, who had the word “Fag” carved on his car – while it was parked at home.

“If it’s just a word spoken, that’s one thing”, he writes. “But my car is something I’ve put a lot of time and money into.”

It was parked at home up my driveway, meaning someone had to walk up next to my house and damage my property.

I just feel so angry and violated but am pretending to be stoic and okay about it on the outside, like it’s not a big deal.

I want to be strong and act like it’s a minor thing and that I can stand up to bullies, so why do I feel so hurt?

I don’t have any bumper stickers that scream “gay”, just some local coffee shop stickers. But you can fucking bet I bought a rainbow flag sticker to slap on my car. I’m so beyond pissed.

It has to be someone that knows I’m gay, a neighbor? And it just makes me feel so unwelcome in my own neighborhood.”

The commenters suggested a security camera – which the guy and his boyfriend are indeed going to get. But the fact that he needs it at all, is a shame… 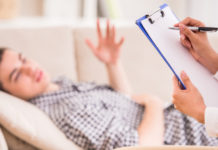