If you were a [gay] moviegoer during the 90’s, there’s a good chance you had a crush on Ryan Phillippe. Whether it was on Studio 54 or Cruel Intentions, his washboard abs and handsome face were a thing to marvel at. 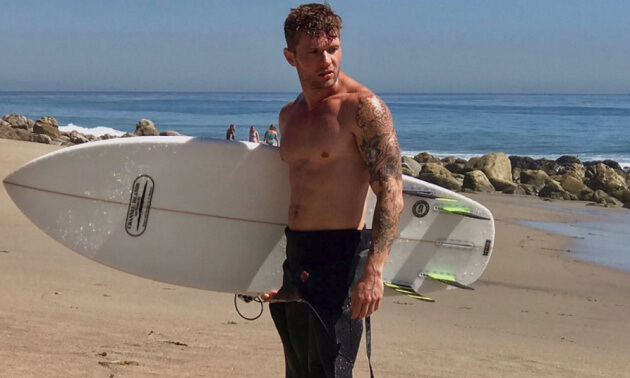 Years later, Ryan Phillippe is now 42-years-old, but an upcoming photoshoot for Men’s Fitness proves that his body is just as hot as it was.

Ryan, who recently starred in the Shooter TV series, took his shirt off – and went to the beach. The impressive results are right here before you, from his Instagram account.

And a shirtless one from last week

And a some throwback…

had this really weird dream….