It’s no secret that the people of Earth are thirsty for Pietro Boselli and his God-like physique. So what better wait to celebrate, ehm, Earth Day – than for him to get naked on a beach? 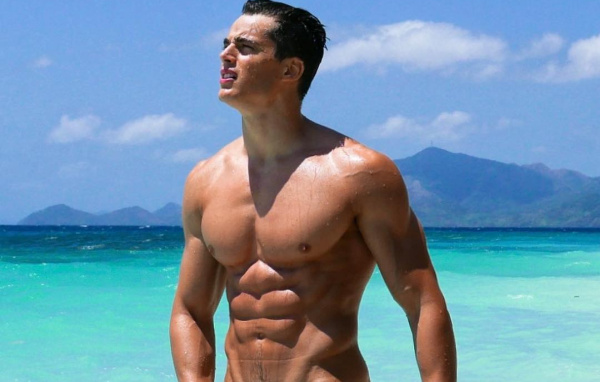 As you probably know by now, 30-year-old Pietro Boselli is a former Italian maths teacher, who became a model that we all lust for.

Unfortunately for us, Pietro doesn’t get nude very often (I mean, he probably does – just not in front of the camera). But this week, while in the Philippines, Pietro celebrated Earth day, by staying close to the Earth. Naked, that is.

Of course, that big cockle is sort of in the way (there’s a pun hiding in there), but hey, we’ll take what we can get.

Update: The photos were deleted from Instagram. For now, they’re still available via Facebook though… so enjoy while you can: