Gay men often have problems with parents who refuse to accept their boyfriends. But for this guy on Reddit, it was just the opposite. His parents loved his boyfriend so much – that they kept in touch even after the couple broke up, and kept inviting him to visit! 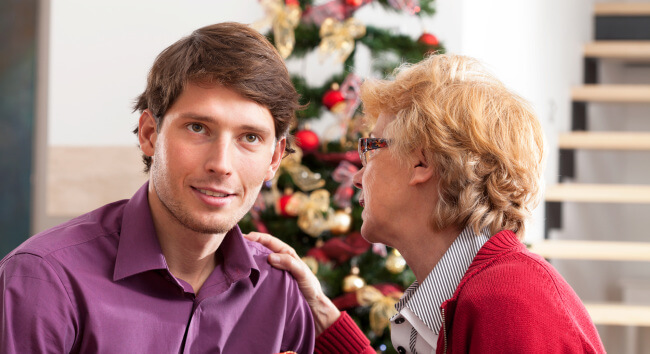 “He broke up with me a year ago because I was too “immature” for him, after 3 years together”, the guy writes. “The whole thing blindsided me, and I told my parents how distraught and upset I was over it. They calmed me down, told me he didn’t deserve me, and I left feeling kinda good.”

But then – matters with his parents took a surprising turn:

Fast forward a month later. I decided to pay them a surprise visit, since I hadn’t seen them in a while. When I got there, my ex answered the door.

At that moment I was too confused to even be mad. Apparently he was helping my mother prepare dinner, and he didn’t seem to see why that was weird and wrong.

My little brother told me that he comes over at least once a week. At this point I’m furious. I confronted my parents about it, and they didn’t think they were doing anything wrong. My dad actually told me that I was being selfish.

The ex texted me today saying “hey your parents want me over for thanksgiving. You cool with that?” I haven’t answered him, and I don’t intend to.

I feel hurt, but then I wonder if my dad is right. Am I just being selfish? This wasn’t a mutual breakup at all, so why are they not as upset with him as I am?

The Redditors tried to offer some advice – and perspective:

“It’s not immature to not want someone who rejected you to be around your parents. It’s immature to play petty games. Tell them you feel how hurt you were, and how uncomfortable it makes you. Tell them it in a factual manner.”

On the other hand…

Inviting him to a family celebration without warning you when they know how uncomfortable you would be is pretty shitty though. Just answer him and tell him that you’d really prefer he not be there. Or maybe you have a friend to spend thanksgiving with instead.