HIV/AIDS used to be a death sentence. Now, it’s more of a chronic disease in most cases – but still a very difficult one, for the infected person AND for his spouse. When a guy on Reddit found out his boyfriend has full-blown AIDS – he started wondering if this is a life he wants for himself. 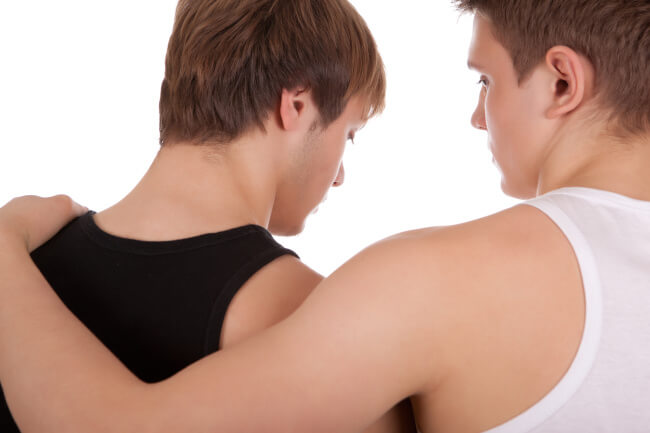 “My boyfriend (31) and I (25) have been together for about a year”, he writes. “I love him more than any other guy I’ve ever been with. He lives with me, I helped him get a job at the place I work, and we both share my car. I have asked him to get tested a few times.”

He didn’t – and that’s when things started getting complicated:

“About 3 months ago, he started having really bad headaches. Ended up going to the hospital about 3 weeks ago when his vision was affected. Was diagnosed with not just HIV, but full on AIDS. The headaches were caused by a brain infection as a result of his lowered immune system.

I was tested that night and it came back negative. The last time we had sex was about a month before the test and it was protected. I’m pretty sure I’ve dodged the bullet but they want me to get tested once more just to be sure.

My boyfriend doesn’t have insurance so he hasn’t been able to get on a stable medication regimen yet.”

A situation like that is very hard for both parties, especially when there are other issues clouding the relationship. So now the guy is facing a difficult decision.

“I’m just starting to feel like I’ve compromised and given and given all I can. I’ve had to put my dreams on the back burner to care for him, look out for him, be his savior in all these situations.

It’s just getting frustrating because though I know he appreciates it, I’m not sure if he’s aware JUST how unhappy I am right now. I’m not sure how to talk about it because I’m a very accommodating person who has the instinct to hide my feelings.

I’m having all sorts of ugly thoughts that I don’t want to share with him. I’m 25, do I need the burden and stress of caring for an HIV+ boyfriend? Should I be with someone who lifts me up instead of someone I’m constantly having to lift up? Am I being selfish?

I feel like all this pressure is on me, to train him at our job and deal with our boss to make sure he keeps his job and does well, to stay by his side through this HIV thing and be a good boyfriend.”

I’m A Short Top With A Very Tall Bottom – Help!

The NSFW Studs Of “Moffie”, The South African Gay Drama

Nick Sandell Posts His Raunchiest Set Of Photos Yet [NSFW]