Relationships and money: it’s a tough issue, especially in the beginning. But one guy on Reddit is worried – he just got a new job, and his boyfriend expects him to pay his credit card bills. 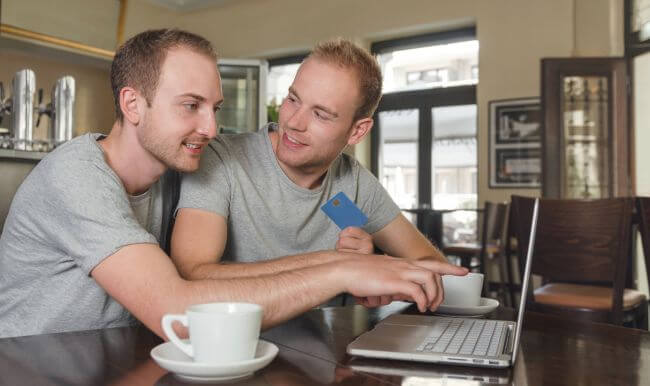 “I just got a new job and my boyfriend is mad I won’t pay off his credit card bill”, he writes.

“We’ve been together for a year. He massages dudes off of Craigslist for money, and gets a bit from the government.

He makes less than $1000 a month. He’s acting entitled. He’s stupid with money. He leased a BMW, wanted to buy a TV purely for the Olympics, got conned out of 10K for an MLM business.

And what’s the boyfriend’s reasoning?

He says: “If you don’t share your money now, how can I be sure that you’ll share it in the future?”

Am I going insane, or is this incredibly tactless of him?

The commenters were quick to offer advice:

It’s one thing to ask your partner for help with your bills out of desperation and a last resort, but demanding you pay off his bill to show you love him, and basically saying that if you don’t pay it off, you don’t love him?

That is completely crazy and very rude! I would be pissed! It’s his fucking credit card bill, maybe he should have been more careful with his finances! I would seriously consider getting away from him!

And on the other hand –

If he is stupid, how long will are you willing to accept his stupidity? Maybe, 10 times more.

He needs to earn, and then he needs to pay off his debt. You can conjure up a reward scheme. You can tell him that you are willing to pay off 1/3 of the debt, but he must take care of his finances in the future. Because that is unfair of him to involve money into love. And also that, if he is too careless and you can’t deal with him anymore, show him the door.

I would also say this, money means nothing when you truly love him, his careless attitude is the issue. If he is willing to change, I’m willing to give him a chance.