We often hear about “straight” guys who are curious enough to try and date a man. But what happens when it’s the other way around?

And what do you do when your long-term boyfriend suddenly gets scared of God, which then somehow turns him into… a bisexual? 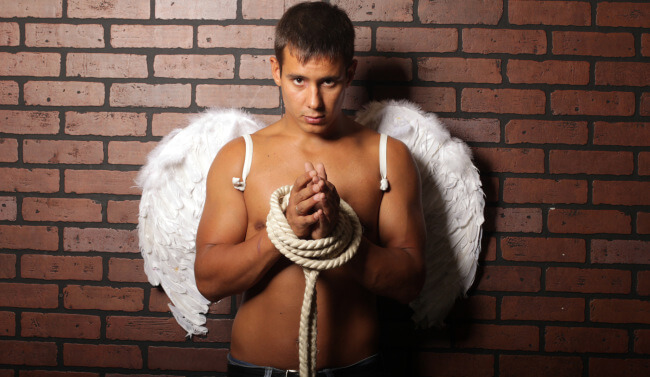 That’s what happened to this guy on Reddit, whose boyfriend decided to leave the gayness behind – and return to God, Christianity – and girls.

“My boyfriend of two years is now trying to return to Christianity and suppress his homosexual ways.

He’s 22-years-old. We broke up and during that break up he decided that he wanted to go back to church and dedicate his life to God and date girls.

He grew up Christian, and his parents are very religious. I feel like his father scares him with talk of “how close judgement day is” and in fear for his life, he returns.

He’s gay, and I feel like he’s only hurting himself, suppressing who he is. Forcing himself to get married to a woman, have kids live a normal life. He will never be happy, but he doesn’t see that.

When we first started dating, he told me he was bisexual. Then later into the relationship he came to the realization he was gay, be wasn’t really attracted to woman sexually. Now he says he’s bisexual, and blames me for him coming out as gay, pressuring him, which is untrue.

I don’t want him spending his years in a situation and relationship unhappy, lurking on the packages soliciting gay sex as a married man because at the end of the day he is who he is.

I want him to accept himself, not allow religion to influence him and give himself a shot a normal happy life, being himself.”

One Redditor knew exactly how to responds to this:

“Can’t really compete with God. I’ve seen him on crosses and stuff, dude is RIPPED.”