No matter how many flash mob gay proposals I watch – I still get teary eyed every time. This time, we’re looking at Mike’s elaborate proposal to a very surprised – and very emotional – Angelo. 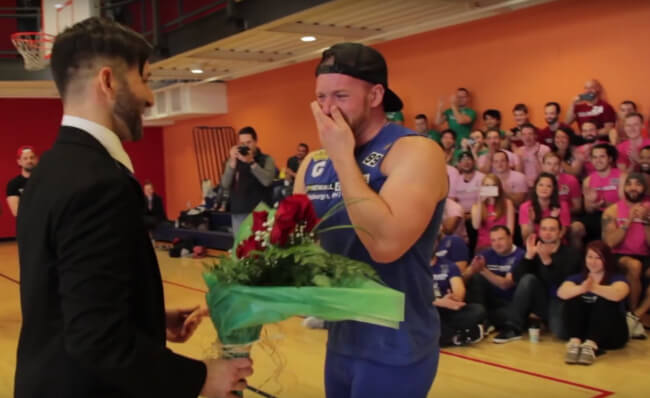 It all happened on a Sunday, during a dodgeball tournament. Mike and Angelo were there, along with a big crowd – and Angelo had no idea what was in store for him. At some point, a group of his friends have entered the arena, and started dancing to some of his favorite songs. At this point, he was probably getting suspicious.

But then (at the #3.45 mark), his boyfriend, Mike suddenly joins the dancers, in a suit and tie. Angelo starts to get REALLY emotional – and I assure you, you’re going to cry along with him.

Watch the moving video right here, and congratulations to Mike and Angelo!